STOP GRAPHICS / Children DO NOT WATCH 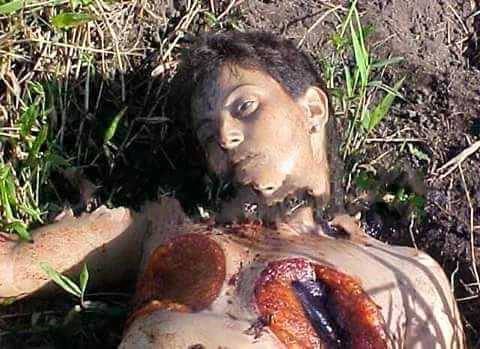 CAN YOU BELIEVE THIS? WHAT CAN YOU DO TO STOP THIS BARBARISM?

The #SocialMedia #Facebook #Twitter and #CitizenJournal is exploding with barbaric Torture, Massacre, Killing, Burning,  Sectioning Body Parts images of Children, Men & Women in #Burma. These images are viral in the internet now days. I am so shocked and upset and disturbed with this picture of Genocides.

Here is a brief about “#RohingyaPeople”

The Rohingya people (Ruáingga /ɾuájŋɡa/, Burmese: ရိုဟင်ဂျာ rui hang ja /ɹòhɪ̀ɴd͡ʑà/, Bengali: রোহিঙ্গা Rohingga /ɹohiŋɡa/) areIndo-Aryan peoples from the Rakhine State, Burma, who speak the Rohingya language.[13][14] According to Rohingyas and some scholars, they are indigenous to Rakhine State, while other historians claim that they migrated to Burma from Bengal primarily during the period of British rule in Burma,[15][16][17] and to a lesser extent, after the Burmese independence in 1948 and Bangladesh Liberation War in 1971.[18][19][20][2][21]

Muslims have settled in Arakan since the 16th century, although the number of Muslim settlers before the British rule is unclear.[22]After the first Anglo-Burmese War in 1826, British annexed Arakan and encouraged migrations from Bengal to work as farm laborers. The Muslim population may have constituted 5% of Arakan’s population by 1869, although estimates for earlier years give higher numbers. Successive British censuses of 1872 and 1911 recorded an increase in Muslim population from 58,255 to 178,647 in Akyab District. During World War II, the Rakhine State massacre in 1942 involved communal violence between the British-armed V Force Rohingya recruits and Buddhist Rakhine people and the region became increasingly ethnically polarized.[23]

In 1982, General Ne Win‘s government enacted the Burmese nationality law, which denied Rohingya citizenship. Since the 1990s, the term “Rohingya” has increased in usage among Rohingya communities.[16][21]

As of 2013, about 735,000 Rohingyas live in Burma.[2] They reside mainly in the northern Rakhine townships, where they form 80–98% of the population.[21] International media and human rights organizations have described Rohingyas as one of the most persecuted minorities in the world.[24][25][26]

Many Rohingyas have fled to ghettos and refugee camps in neighbouring Bangladesh and to areas along the border with Thailand. More than 100,000 Rohingyas in Burma continue to live in camps for internally displaced persons, not allowed by authorities to leave.[27][28] Rohingyas have received international attention in the wake of 2012 Rakhine State riots, and more recently due to their attempted migration throughout Southeast Asia in the 2015 Rohingya refugee crisis.